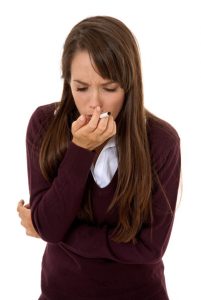 Will a coughing sign discourage smoking? Regardless though, the technology is brilliant.

The Digital Revolution only started in the late 70’s and then accelerated around the late 90’s until it now impacts everything from phones to data storage to name two more common aspects. I was recently reminded how extensive the digital reach is when I read about the increasing appearance of interactive digital signs.

A great example is a digital sign created for Sweden’s largest private pharmacy chain, Apotek ICA. The sign was part of an anti-smoking campaign targeting the annual death rate of about 6,000 and hospitalization rate of about 100,000 in Sweden.

The sign was placed in a plaza frequented by a high number of smokers. It featured an image of a man and was fitted with sensitive smoke detectors. When it detected smoke from a passing cigarette, the digital image would cough.

Apparently though, not everyone appreciated the brilliant application of digital technology. Some found the sign intrusive and offensive. Others were amused by it. Some doubted that a passive-aggressive coughing sign would do much to encourage people to quit smoking. But whatever the various reactions to the message may be, the technology is still brilliant.